We live in times when the bigoted and extremist Wahhabis consider all Muslims around the globe, except for the followers of their own ideology, as disbelievers and polytheists.[1] This inauspicious phenomenon, which has its roots in the Wahhabis’ ignorance, misinterpretations, and poor knowledge concerning concepts such as monotheism, polytheism, intercession, worship, etc., has caused widespread bloodshed in the Muslim Ummah[2].

Among the most prominent characteristics of the phenomenon of Takfir are, indeed, an intellectual stagnation and violence in words and deeds.[3] This is the reason why the proponents of the Takfiri ideology constantly evade rational and logical discussions. Furthermore, the Takfiris have inflicted so much violence on the world that all of the people of the world hate them. They have also depicted such a violent image of Islam with their atrocities that it takes years and years of hard work to cleanse it from the minds of the people around the world[4].


The Nature of the Concept of Takfir

First of all, Takfir (ruling someone as a disbeliever) is a religious ruling whose criterion is only set by Allah and His Messenger[5]. Therefore, since the authority to rule someone as a disbeliever rests solely with Allah and His Messenger[6] we are not authorized to excommunicate anyone unless after we find some definitive proof about their disbelief in the Quran or the tradition of the Prophet.

This means that mere conjecture or suspicion are never considered to be enough evidence to allow us to rule someone as a disbeliever, because very severe consequences follow the act of excommunicating someone.[7] This was why the great Prophet of Islam (s) prohibited all Muslims from calling someone a disbeliever unless they are truly and completely proven to be disbelievers[8].

The Necessity of Scientific Confrontation with the Sedition of Takfir

The key question that must be answered with regard to the unrestrained practice of Takfir, which has created such a chaos even in the Muslim world, is where its roots lie[9]. What does the sedition of Takfir originate from, what are the factors that help it spread quickly, and what are the strategies to fight and completely exterminate this deviant school of Takfir?

Indeed, each of the parts of this question requires to be discussed in detail, yet one thing is certain in this regard: the mere political and military campaigns are not going to be able to effectively eradicate this sedition, even if those who initiate them truly and honestly seek to eliminate this problem.[10]

In order to better understand the nature of the ominous phenomenon of Takfir, one has to note that the main cause of the atrocities that the proponents of this school commit is their deviant ideology.[11] One of the worst and most dangerous realizations of the sedition of Takfir and extremism can be found in the Daesh (ISIS) terrorist group.[12]

Yet, the primary reason which gave rise to these dangerous trends was the poor and awfully incomplete knowledge of their founders about the Quran and the Tradition. These people have some wrong ideas and misinterpretations about certain Quranic concepts, including monotheism, intercession, imploration (tawasul), and negative innovation in religion. It is due to these misinterpretations that they have promoted the evil ideology of Takfir in the Muslim world[13].

Among the most pivotal issues in the sedition of Takfir are the interpretations presented with regard to the issues of faith and disbelief. The proponents of the Takfiri ideology have made a mistake in their understanding of the essence of what constitutes disbelief in Islam. This misinterpretation has brought them to consider anyone who opposes them as a disbeliever, and they have gone to such an extreme as to call all Muslims on the earth, except a few of their fellow Takfiris, disbelievers![14]

They refer to certain verses of the Quran as evidence to rule all Muslims as disbelievers. They maintain that anyone who seeks intercession with Imam Ali (a) or the Messenger of Allah (s) is a polytheist, hence, their blood, honor and possession are forfeit.

Moreover, the proponents of the Takfir ideology do not believe that there is any difference between the pre-Islamic pagans and most of the Muslims today! Not only that, but they believe that the Muslims today (whom they call disbelievers) are worse than the pre-Islamic pagans. They make such evil claims while the meaning of polytheism and unshakeable faith in Allah has been clearly presented in the Quran.[15]

In order to disprove the stance of the Takfiris, one can simply refer to the miracles that Allah the Almighty has ascribed to Jesus Christ (a) in the Quran. These miracles, according to the Quran, included returning the sight of a congenitally blind person, bringing a dead person back to life, making statues of birds out of clay and then blowing in them and changing them into real birds, and talking about the unseen all done with Allah’s permission. Now, are all these instances considered to be acts of polytheism and was Jesus Christ a polytheist?!![16]
Another issue which is considered by the Takfiris to be an instance of polytheism is the act of seeking blessing with the tomb of the Messenger of Allah (s). However, they neglect the fact that there are numerous traditions, as well as the rulings of prominent scholars, indicating that kissing the hand of the Prophet for blessing had been permissible.

There are also other traditions indicating that people would drink water in the bowl of the Prophet for blessing, seek blessing with the Prophet’s house, pulpit, and tomb, and that all this had been considered to be permissible. There are also valid pieces of evidence as reflected in the most well-known Sunnite sources indicating that the people were even authorized to seek blessing with the tomb and the properties of the past prophets and righteous servants of Allah. All this evidence leaves no room for doubt regarding the validity of the act of seeking blessing with the Prophet’s tomb and shrine[17].

Takfiris and a Selective Interpretation of the Quran

The approach adopted by the deviant theory of Takfir is that of accepting some verses in the Quran and rejecting some others. Due to this s e l e c tive faith of theirs in the Quran, they have inflicted a great deal of damage on the Muslim world and have created most of the problems that the Muslim world is entangled with today.[18]

Extreme Overconfidence in the Interpretation of the Quran, an Awful Mistake of the Takfiris

Indeed, the extreme overconfidence and bigotry of the Takfiris in their interpretation of the Quran is one of the obvious instances of their deviation from genuine Islam. In other words, the Takfiris believe that the only correct interpretations and impressions of the Quran and the tradition are those put forth by them and that the concepts of polytheism, faith, imploration, and negative innovation in religion must be understood by all Muslims in the same way as they understand them.

They further state that all Muslims must adopt their views regarding these Quranic concepts and those who refuse to do so must be killed. Therefore, they consider all those who reject their beliefs, including the past Sunni scholars, as disbelievers.[20]

Thus, unfortunately we have to conclude that they have understood little, if nothing, of the Quran and the tradition. The reason is that they have not attempted to study the Islamic sciences with great Muslim scholars, and their lack of proper knowledge regarding the tenets of Islam has brought them to make such terrible mistakes in the interpretation of the Quranic verses.

This means that they did not have access to the whole Islamic sciences while they formed their ideology of Takfir. In short, the ideology of Takfir is in direct contrast with the explicit text of the Quran as well as sound human reason.[21]

In the end, it must be noted that, contrary to the invalid ideology of Takfir, Islam orders that the properties, lives and honor of all Muslims must be respected and protected. Thus, no one is ever allowed to violate the sanctity of other Muslims.

Among the last things that the great Prophet (s) emphasized to the people in his last Hajj pilgrimage was the following: “It is an obligatory duty upon you all to respect each other’s blood, properties, and honor, just as you respect the sanctity of a holy day like the Feast of Sacrifice (Eid Al Aḍḥā), that of the prohibited months, and that of the holy city of Mecca”[22]
Thus, all Muslims must unite chanting the slogan of “NO TO TAKFIR, NO TO TERRORISM”. They should also resist firmly against the plots of the Takfiri groups so as to be able to put an end to the current crisis in the Muslim world.[23]

I reiterate that the roots of the ideology of Takfir must first be exterminated scientifically[24]. However, we also tell the soldiers who fight the Takfiri terrorists in Iraq, Syria, Yemen, etc. that they should also carry on their assault on these terrorists as we also fight them scientifically. This way, we will be able to eliminate them with each other’s help.[25]

Furthermore, the prominent Muslim scholars must work together to disprove the invalid ideology of Takfir through logical arguments and to prevent the youth from being attracted to this dangerous school[26]. One of the positive actions which was taken towards raising the awareness of Muslims regarding the threats of the Takfiris in today’s world was the holding of the “World Congress on Extremism and Takfiri Trends in Today’s World: the Responsibility of the Muslim Scholars”. It is hoped that this congress can raise public awareness regarding the sinister sedition of Takfir and that it can provide us with effective strategies for fighting the Takfiris and eradicating them from the Muslim world[27].

Prepared by the Office of Grand Ayatollah Makarem Shirazi 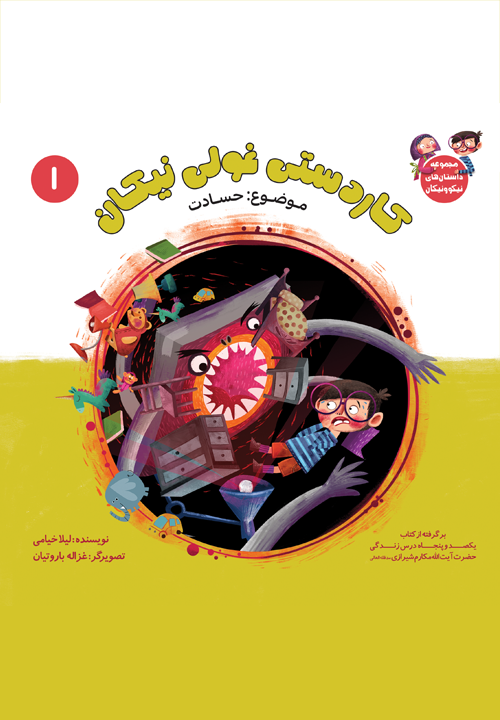